Sorority Highlights!! - Summer 2019 Look Back!! Over the years we've examined almost every sorority participating in Greek Life around the country.  From looks and brains to fashion and architecture.  These are some of our favorites!... Read more Ask your parents what it was like when they went to college. When it comes to dining, we’ll bet they don't say they had a 24-hour Taco Bell on campus, multiple Starbucks, and the option to dine at a restaurant that was almost in the running for a Michelin rating. But for college students these days, it’s not only common but expected. ... Read more 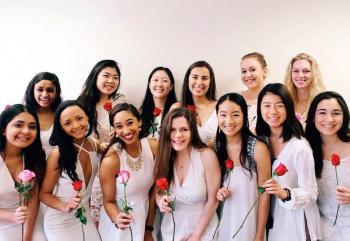 Ultimate Guide Of Popular Pets To Have In College For the animal lover, going away to college and leaving our furry family members behind can be hard. Often times, the question is asked “Can my sorority or fraternity house have a house pet?” Caring for any animal needs to be taken on as a serious responsibility. Several types of pets have their pros and cons. Here are some of the most popular house pets, along with some pros and cons to consider for each.... Read more Greeks Give Back: Out Of The Darkness Walks

Suicide, not alcohol, is the second leading cause of death among college students. According to the Active Minds organization, 1,100 college US students take their own lives every year. Over the next couple months campuses nationwide will be calling on students to participate in an event that will shed light on this alarming reality. Greeks, as some of the most effective philanthropic organizations on campuses, will... Read more