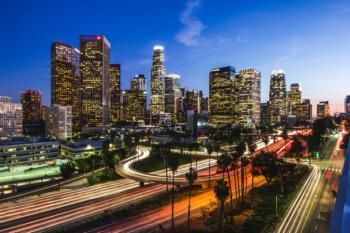 If You're Going To Spend Four Years Somewhere, It Might As Well Have The Most To Offer!
Tori  5/14/18

There’s plenty to be said about the top party schools or the best schools for Greek life. But what if you’re looking to get out a little more? Interested in culture, concerts, sports, nightlife (outside of your corner college bars), good food and museums? These cities are our top locations for attending college.
And they’re blessed with a university more or less centrally located, so “downtown” is more walkable rather than an hour-long Uber ride away.

Some of the nation’s best music, best food (cajun, creole and more!), and tons of culture and history make Tulane a heck of a city to attend college in. Plus, everything’s close: Tulane's campus is in Uptown, near the New Orleans Garden District and just a four-mile streetcar ride away from the main Central Business District (CBD).

Historic, hundreds-year-old buildings, shaded walkways and willow trees, and coastal views are all a part of the College of Charleston campus, located in the heart of the city's historic district. The college campus in one of the nation’s oldest cities that retains its colonial charm, and just oozes romance, fine architecture and the makings of an Insta-feed you can’t stop scrolling.

Columbia University is as diverse as the city it’s nestled in — New York City, considered one of the world’s greatest. Get lost among the tens of thousands of passerby’s (and the 40,000 students who attend the college) in the heart of Manhatten at this school that takes up six city blocks. Six blocks doesn't seem like a lot? Don't worry, they build up.

In Chicago’s quaint, leafy neighborhoods of Hyde Park and Woodlawn, just seven miles south of downtown Chicago, lies this urban university. UC draws students from across the globe, with 19% of the population made up of international students, and 26% of overall students identifying as ethnic minorities. Even though it’s in the city, and residents themselves have a hard time securing housing there, students needn’t worry: over 50% of students elect to live in campus-owned housing and it’s guaranteed to every student.

This school in “Music City, USA” is vibrant to say the least. It’s also listed as the friendliest city in America, an honor it’s been awarded for three years and running. And it doesn’t stop there: Nashville was named one of the 15 best U.S. cities for work and family by Fortune magazine, and was named by Forbes magazine as one of the 25 cities most likely to have the country's highest job growth over the coming five years. Sounds like a great place to attend college — or at least relocate to after.

This one might throw some for a loop. UGA in small-town Athens is unique. The southern city is as vibrant as its big brother Atlanta, 60 miles south, but also holds onto its characteristic small-town southern charm (with a dose of hippie thrown in!). Athens is blessed with award-winning restaurants, a thriving music scene and plenty of quirky shops.

The University of Texas at Austin, nicknamed the Forty Acres after its original footprint, is one of the largest schools in the nation. Safe to say then that its vibrant downtown location has one of the youngest populations for a city, meaning there’s no shortage of fun (or Tinder dates). While Nashville calls itself Music City, USA, Austin says it’s the Live Music Capital of the World. Just don't stay out too late!

While the inclusive campus itself is a draw, the University of Colorado at Boulder is better know for the opportunities just outside of the city. The college has one of the most active college campuses in the nation, with students regular taking to the nearby Rockies for hiking, biking and watersports. According to the university, Boulder is known as one of the best places to live because of its beautiful setting, 43,000 acres of open space, more than 80 miles of pedestrian and bike paths, and a convenient bus system.

This school’s website says it best: “Harvard’s campus creates a stunning backdrop for all that happens within the University.” You get the best of both worlds here. You’re close enough to Boston to get all the benefits of the city, as well as the feeling of a quiet, Harry Potter-esque haven in Cambridge. Nestled on the banks of the Charles River, Harvard students have plenty of world-renowned facilities at their fingertips, plus one-of-a-kind shops, international restaurants, bookstores, cafés, and theaters.

While UC-Berkeley is technically across the river, their campus extension is in the heart of San Francisco and a short public transport ride away (try the light-rail). The Cal campus is home to more than 37,000 students, and is also the unofficial central park for the city. Since Berkeley was the home of the Flower Power movement in the 60s and 70s, the sentiment still remains and makes it an endearing place to endure four years of academia.