GreekRank rounded up the top sorority Instagrams (national and local chapters) this summer. Some have tens of thousands of followers, others look like they may have been curated by a social media strategist, and others are downright beautiful. Here's who made the list.... Read more Spring philanthropic events are starting to kick off this month with the weather finally breaking (or not, if you’re at Minnesota State or the University of Wisconsin and your winters never end). And now that Dance Marathon is over -- and the weeks of planning that lead up to it -- Greeks are starting to host their own fundraisers. Here are the Greek philanthropic events making news this month. ... Read more There has been rumblings of ending greek life on campuses where fraternity and sororities have thrived for generations. Most notably, Harvard University is examining banning greek life for good. In another example, Penn State’s community is also flirting with its demise. In contrast to the assault on greek life that many campuses are experiencing, a small university of 1,200 students is welcoming its inaugural sororities and fraternities in the fall of 2017. Why are they doing this?... Read more 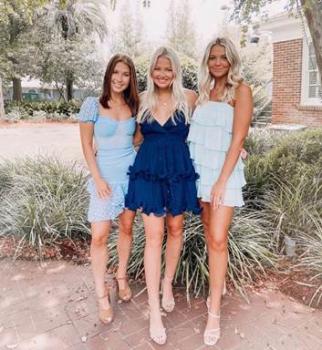