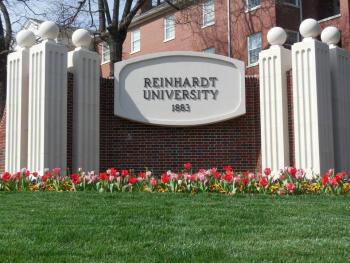 There has been rumblings of ending greek life on campuses where fraternity and sororities have thrived for generations. Most notably, Harvard University is examining banning greek life for good. In another example, Penn State’s community is also flirting with its demise. In contrast to the assault on greek life that many campuses are experiencing, a small university of 1,200 students is welcoming its inaugural sororities and fraternities in the fall of 2017. Why are they doing this?

According to Reinhardt University’s own press release, “The decision to add Greek Life is an integral part of the University’s strategic plan for recruiting and retention, leadership development, impacting the local community through service, prospects for networking opportunities, and creating a thriving culture on campus”. This was according to the assistant dean of students and director of student activities, Dr. Walter May.

In the press release May went on to say, “Studies focused on student retention in higher education suggest that when students connect and belong to specific groups on campus they tend to persist toward graduation.”

Are the likes of Harvard and PSU convinced that their campus offerings are strong enough that their student retention and student life experience won’t suffer if they ban greek life?

While anchor institutions are seemingly becoming more convinced that their campuses will prosper even without fraternities and sororities, will smaller schools that are seeking to grow invest more into developing their greek life offerings?

Could a greek life renaissance on smaller campuses across America draw prospective freshman seeking a traditional greek experience away from the anchor universities onto the campuses that the same prospects might have historically overlooked?

Reinhardt is, of course, just one example. Only time will tell how this will all shake out.

Best of luck the inaugural greek class at Reinhardt University. Over time, may you prove many times over the immense benefits of including you on campus.