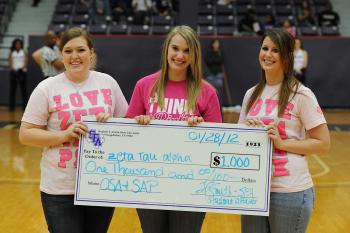 What Schools Are The Most Popular On GreekRank?
Jess  2/27/19

While most come for the rankings, GreekRank.com also provides a space for discussion, letting you gain perspective into the sororities and fraternities on each university campus and see what everyone's talking about.

Which schools tend to be the most popular on GreekRank, with the most active discussion boards?

One post starts out with “Indiana would be nothing without Greek Life…” and IU’s active discussion makes us think there might be something there. Posts can get over 400 views, and the school itself receives thousands of visits every day.

Penn State GreekRankers talk about ranks, but they also talk about a need for losing user-generated ranking systems. So much so that you can expect to see ranks that are listings of biggest self-rankers.

Michigan has hung on to old-school rankings based on appearance. A scroll through their discussion board shows hottest sorority, best-looking fraternity, and even best phsyical house on campus.

New to the GreekRank Top Schools list, the University of Delaware has become one of the top talked-about schools on the site. And, no surprise here, the discussions are centered around ranks and whether a Greek chapter is worth rushing.

Unlike most other top 10 schools on GreekRank, the University of Florida’s discussion boards are heavily dominated by sororities. Makes sense, since the university has a lengthy list of sorority chapters known to be active across digital media.