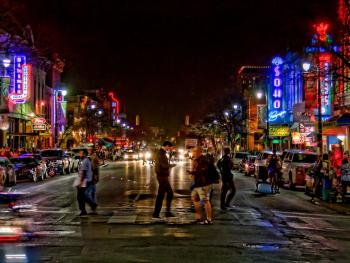 Where should I go after college? This is one of the biggest questions a college graduate will have to answer during their introductory period to the "real world."  Many choose to go back home to enjoy a summer off and save some dough.  Others look to get a head start on life, getting right to work and saving for future retirement (now an ideaology).  Whether you’re a homebody or a full blown independent, our list of top cities to move to after college may help with some future insight!

For those of you with a future interest in the tech space, this post grad getway is known for its high percentage of young adults in the center of Silicon Valley.  Buy you better have a good job lined up before moving here.  It is known for having one of the highest costs of living for a young professional in the US. 4. Ithaca is known for its Ivy League beauty with an amazing outdoors and nature scene.  It has one of the highest ratios of young adults with nearly a third of the population being considered as young professionals.  An entry level salary will provide an average comfort of living compared to the national standard. Another tech-savvy destination, San Fran has one of the highest percentages of youthful population with college educations.  Move here right away and you will definitely need to be making the big bucks. The Big House! Known for Big Ten football and craft breweries Ann Arbor is a delightful place to kick off the early years.  For having such a big college presence, the town itself has a quaint Victorian feel where the autumn seasons speak like a fine piece of art.  We recommend Jolly Pumpkin for a great sour beer! Last but most certainly not least is the city of brisket! Austin has another high population of newly adulting college grads. Move here for temperate Texan weather, blues music, and a jazzin' nightlife year-round.