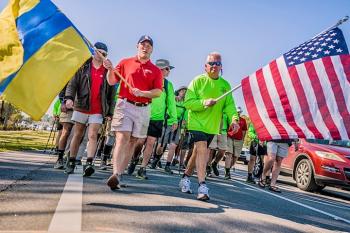 With so many undergraduates joining fraternities and sororities, one thing is for sure: that’s a lot of bodies. And, a lot of potential to do good. Hence, most chapters across campuses have their mission rooted in some kind of philanthropic effort. Each year, chapters devote time and attention to planning a fundraiser to raise money for their philanthropy. GreekRank highlights the top philanthropies each month.

This month we feature Alpha Tau Omega from Troy University and their Walk Hard for Heroes fundraiser.

The walk from Troy University’s fountain in Troy, Alabama to Pier Park in Panama City, Florida, isn’t an easy one. In fact, it takes six days and covers roughy 130 miles. On any given day during that trek, you’ll see dozens of Alpha Tau Omega brothers on foot, covering anywhere from eight to ten miles a day. 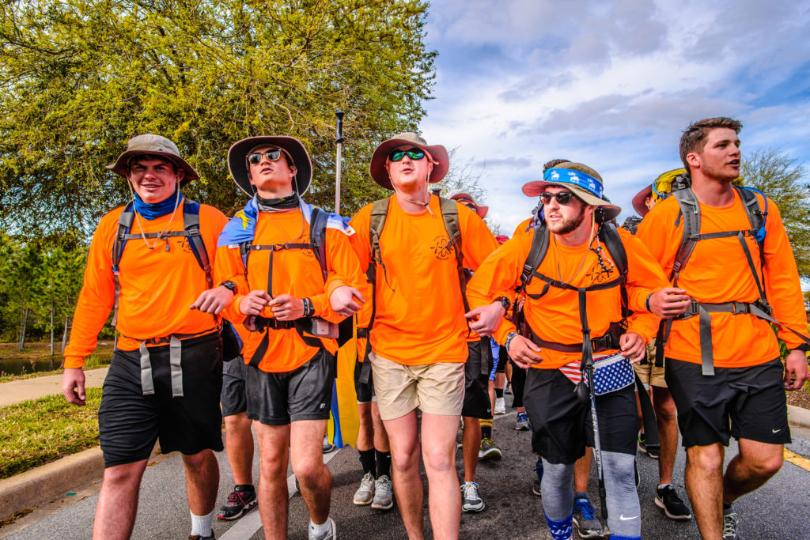 The annual walk takes place every March, when most fraternities and sororities are gearing up for spring break plans in the same destination. The ATO brothers set out on March 6th with an aim to raise at least $60,000 through the “Walk Hard” event. All proceeds from the fundraiser go towards the Wounded Warrior Outdoor Adventures charity, which takes wounded veterans on hunting, fishing and other outdoor adventure trips. Currently, there are 3.8 million wounded veterans living in the United States. 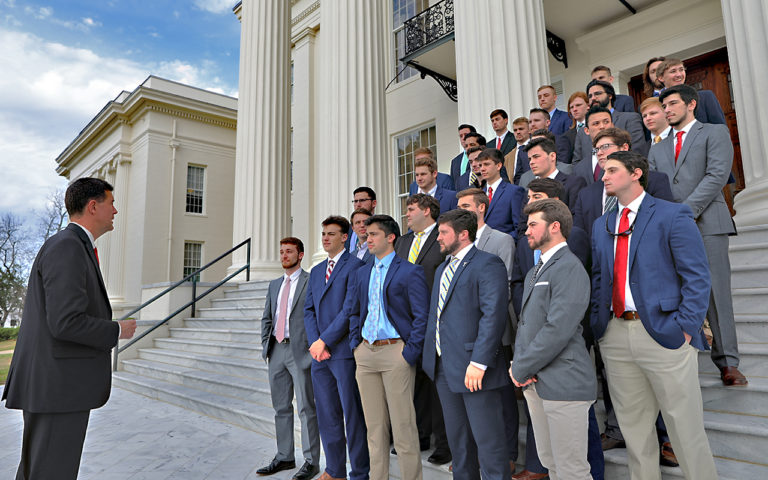 Walk Hard is in its tenth year, and started from a small idea birthed from a dinner between two brothers who had sparked a conversation with a veteran with disabilities. One of the founding brothers tells Troy Today: “We were sitting in the restaurant and we saw this guy walking down Highway 231 in a Superman costume carrying an American flag,” said Crabtree, who graduated in 2012. “We were intrigued, and it sparked a conversation — what is this guy doing? What are his reasons?” Three brothers made up the first troupe to “Walk Hard.” 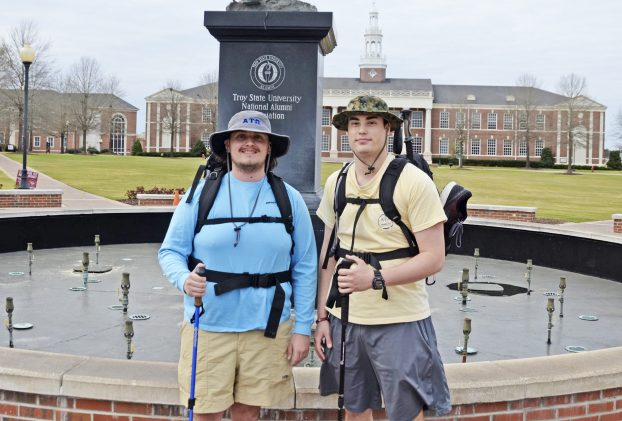 Since then, ATO’s “Walk Hard” fundraiser has raised more than $100,000 for Wounded Warriors, and is ATO’s main philanthropic event during the academic year. serving as its primary fundraising event each year. This year, the ATO brothers will be joined by -- and after the walk is complete, will hear from --  many veterans wounded from tours overseas.

Wounded, as many learn, is a broader term than one would think. Combat-wounded veterans may be dealing with PTSD, or be handicapped in other ways less discernible. All are given access to the outdoors -- at no cost to the veteran or their family -- that they might not have were it not for the charity. According to one of the charity’s representatives, the veterans are able to go on different hunts for different animals, on charter fishing boats, or sometimes just out for a round of golf. 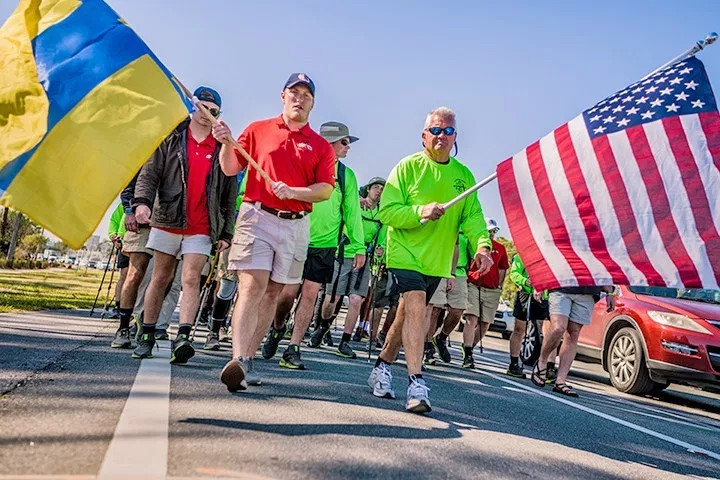 How do the guys prepare? One brother said he went on several practice walks, learned how to tape his feet and also researched the best socks and shoes to wear for the walk. He has worn the same pair of new shoes every day for several weeks to break them in. Other brothers say it will be more of a mental hurdle, and remind themselves of the resilience needed to complete the six-day trek.

For others -- including some brothers who have thru-hiked long trails like the Maine-to-Georgia Appalachian Trail -- it might be a breeze.