October 2016’s philanthropy event of the month was chosen not because of how many participants it attracted or because how much money it raised, but because it was a first-time event for two organizations looking to make moves. For the first time in either of the chapters’ histories, two Virginia Tech fraternities joined forces to raise money for philanthropies
.

Sigma Phi Delta and Alpha Sigma Phi, two smaller fraternities at Virginia Tech, held a three-day event from October 26th to October 28th to raise money for Big Brothers Big Sisters of America. A nationwide organization, BBBSA, has the goal of providing mentors to children who may be in need of adult role models. 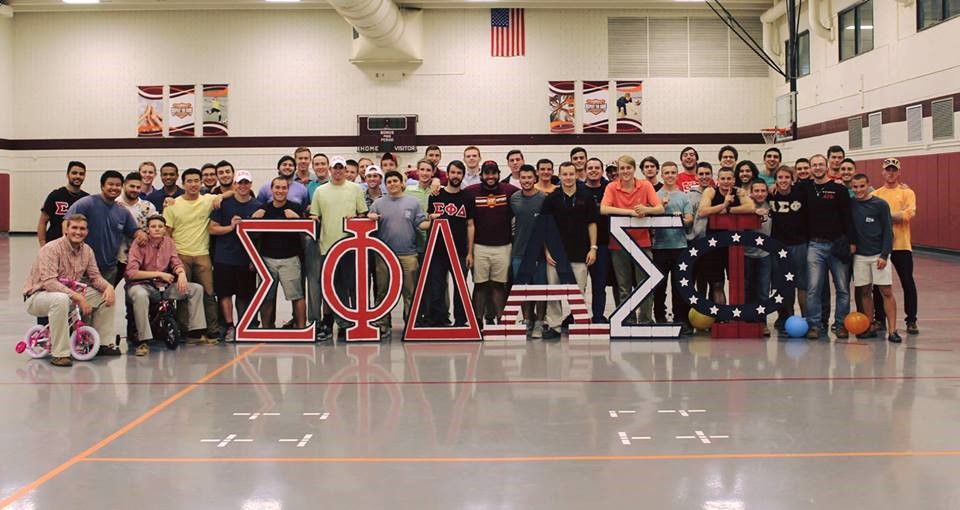 Last year, Alpha Sigma Phi started planning the event to aid their philanthropy and reached out to the brothers of Sigma Phi Delta for help. It was the first time in eight years that the fraternity hosted their own philanthropic event. As for Sigma Phi Delta, it was their first ever event at Virginia Tech. The two join forces in an effort to raise more money and to gain experience in organizing fundraising events. Together, the organizations took four months to plan the types of events that would take place, including a donation booth and percentage nights.

The main event, the Big/Little Games, took place on October 28th.  Ten teams of two from each participating organization competed in four different relay races. The winning organization was awarded 10% of the total monies earned to donate to their own charities.

Now that both of the fraternities have some experience hosting their own philanthropy events, we are excited to see what they can do in the future –whether individually or as a team.