Getting Through Finals Without Losing It 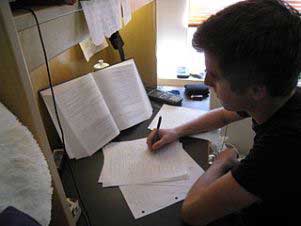 Although there are a lucky few who don’t suffer from any anxiety or stress related to finals, let’s face it, just about everybody else does. Whether you simply forgot to study or just zoned out on certain subjects, a few handy tips for relieving the anxiety could mean the difference between finals success and failure.
.