Fake Frats We Wish Were Real 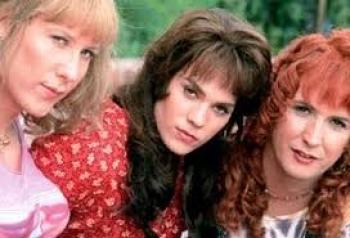 It seems every other week, you’re reading headlines in national news outlets and college sites that tell the story of a fraternity that’s been revoked, dismantled, kicked off campus or suspended. At this rate, those who are uninitiated might be better off starting up a fraternity chapter of their own, or, joining a fraternity that’s not officially a fraternity.


Like these fake frats. They’ve risen to fame in movies, memes and media, but left us wishing there was reality behind the fiction. Who can have that much fun and not get in trouble?

If this one doesn’t sound familiar, that’s ok. It’s been buried in a sea of American Pie installments that you’ve probably stopped watching and certainly stopped keeping track of. Beta House is the fraternity pledged by the next-generation of Stifler (never to be played as well as Sean William Scott’s initial representations). Expect lots of sex, lots of Stifler (there’s more than one!), and lots of pledge week hijinks.

No movie thrust Greek life into the comedic spotlight as much as this one. Three dudes in the -- wait for it -- KOK fraternity -- are kicked out for a crime they didn’t commit. What else to do but dress like women to prove their innocence. We couldn’t help but watch this one again because of the amount of scenarios that would be deemed absolutely inappropriate in today’s climate. Watch it again, and you’ll see what we mean.

Who could forget Kappa Omega Penis? Many of us, actually. Watch the movie not for the frat party scenes, but for the plot. This movie throws it back to the glorious 90s, and is based on an  urban legend that a student will get straight As if their roommate commits suicide. You can guess what two roommates dream up from there.

If this wasn’t the fraternity movie that outdid any other fraternity movie to come before or after, we don’t know what is. The popularity of Animal House is as relevant now as it was when it came out in 1978. A walk around any campus proves this true because of the ubiquitousness of that sweater. But more than telling the story of what every man dreams their collegiate life will be like, Animal House paved the way for the “gross out” genre of movies. Puking would become enjoyable to watch.

When a group of your favorite bros (think Tom Green, Sean William Scott and Breckin Meyer) go on a road trip to retrieve a sex tape that was accidentally mailed, misadventures happen. At some point along their journey, they end up staying overnight at an African-American fraternity house where they don’t exactly fit in. Watch it for Tom Green and the other 90s actors you never get to see anymore.