All The Things You Missed This Week 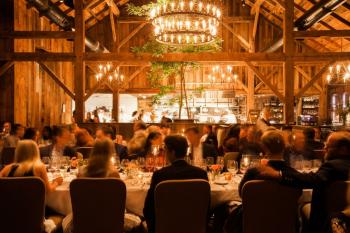 After spending half of October planning your Halloween costume, and the past week enjoying the festivities -- after spending your days crunching fresh fall leaves under feet and nights watching all of the scary movies, you’re finally coming up for air, am I right?

Firstly, welcome to November. Now, here’s what you missed.

The migrant caravan is real. You may have heard about the caravan of Honduran and other Central American migrants making its way through Mexico’s interior to the US. Trumps certainly has, and he’s planned for it. The migration will prove to be epic b-roll for the president who has long spoken against “invasions” by “lawless” illegal immigrants. And, perfect timing with the midterm elections.

Australia has too much solar energy. Meanwhile… in the US… we’re still trying to figure out the practicality of such a thing because we’re into fracking, consumption and dependence.

How do we teach climate change? Conservative groups are wrestling for control over how climate change will be taught in classrooms. According to Undark Magazine, it’s an outcome paramount to our future, given that more than 40 percent of registered voters “still remain unconvinced that climate change is predominantly caused by human activity.” And whoever wins that argument will shape the nation’s policies on climate change for decades to come.

Let your full hipster out. The best farm-to-table restaurants across the country, offering unique fall feasts, hyper-local dining, and more?

From the Tree of Life rabbi. Roads and Kingdoms spoke to the rabbi of the Pittsburgh synagogue that experienced a shooting in late October, where a gunman killed eleven people and six were injured in open fire. “There’s so much going on,” said Rudolph, the rabbi. “We’re attending funerals over the next few days and are trying to turn previously scheduled events into opportunities for people to get together and share their thoughts and voices and feelings.”

Why you should let satire do the work for you.

On this day in 2016 with Anthony Bourdain. In Exploring Parts Unknown, those who were close to Anthony Bourdain share their experiences and memories of him. His assistant and writer, Laurie Woolever, shared this memory of shooting Bourdain in Halloween of 2016 at a racecourse in Queens. Or, read about how Ben Rhodes, the Deputy National Security Advisor for Strategic Communications for President Obama, coordinated the president and Bourdain’s meal in Vietnam.

How Kit Kat runs Japan. In this beautifully designed interactive piece, the NYT tells us about Japan’s history with the Kit Kat bar. “Though the chocolate bar is sold in more than 100 countries, including China, Thailand, India, Russia and the United States,” goes the author, “it’s one of Japan’s best-selling chocolate brands and has achieved such a distinctive place in the market that several people in Tokyo told me they thought the Kit Kat was a Japanese product.”

Post Malone is the perfect pop star for this American moment. That’s not a compliment. This is frank, and we like it. Post Malone’s first music festival, Posty Fest, “was held Sunday night in Dallas’s Dos Equis Pavilion, and it was less a festival than a behemoth SAE rush mixer held on a few acres of corporate-branded concrete.”

Here’s a reminder. Taking sweet shots of yourself at uber heights and cliffscapes is not worth it.

Oh, and here’s how much this software engineer makes.