We just want to say sorry... 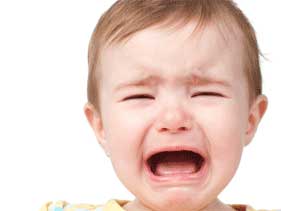 Let’s be honest here…this update is long overdue and we just want to say sorry. Since its inception six years ago, Greekrank hasn’t exactly been the posterchild of efficient and well updated websites…but all that is about to change…

When Greekrank came into fruition in 2006, it had no user-ranking capability. It was simply a list of fraternities and sororities at 20 different schools. In 2007, user-ranking and 400 schools were added. These additions have made Greekrank a household name amongst fraternity and sorority members nationwide – with over 20,000 visitors and 120,000 pageviews a day and growing.

As far as its reputation, some love Greekrank and visit it several times a day, while others swear to avoid it. This update aims to win back the latter group.

The main argument behind the Greekrank naysayers is that too much anonymous hatred has been allowed to exist on the site. We have tried to keep negative posts to a minimum, deleting over a million ratings/posts since the site’s creation. But with the structure of the previous site, removing posts in a timely and accurate fashion became an administrative nightmare. With this new update, we will be doing EVERYHING we can to make sure Greekrank does not turn into a gossip/bullying website. Several tools and features have been added in order to curb the negative posts. Each post can now be reported and posts worthy of removal will be removed once a day.

In addition, we have received over 3000 requests to add fraternities/sororities to different schools. Out of these 3000 requests, very few have been honored and we apologize. Afterall, a listing on Greekrank is crucial in gaining attention for a recently formed fraternity or sorority. In the coming days we will have a team looking through these requests and adding organizations as necessary.

With a sizeable investment from an angel investor, we now have the ability to keep Greekrank continuously updated and monitored with fresh and interesting content (can you believe we paid $10 just for that baby picture above?).

We have also received hundreds of requests for advertising that we previously were not able to honor due to the structure of the old site.

If you have any questions, please feel free to contact us. Hope you enjoy the new Greekrank.com.