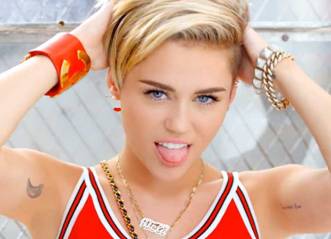 Maybe you are about to enroll in college and are debating between joining a house and living in the dorms.  Or perhaps you are on your way into the real world and your main focus is on getting a job that won’t require setting an alarm before 7am.  So unless you’re a trust fund baby who can afford a swanky pad with extra closet space for your satin-weave, silk-based linens
, you are probably on an unavoidable path towards living with at least one terrible roommate for a minimum of 9 agonizing months.

Here are the top 10 worst types of roommates you should try to avoid:

10) The Snooki roommate.  The Snooki roommate has less to do with eating disorders and partying and more to do with being generally annoying.  This girl is famous for being drunk, but not a girl you want to drink with.  She fights girls.  She fights guys.  She gets guys to actually punch her in the face.  When you talk to her, your grades falter – including courses you already completed.  The Snooki roommate makes you want to never be in your room – the sight of her, the sound of her voice, the smell of the pepper spray she mistook as perfume – makes you want to jump out of your one-story window.  Ultimately, the only way to handle the situation is for the noise-cancelling headphones by Bose and an eye mask.  So basically, only Helen Keller could pull off a year of living with The Snooki. 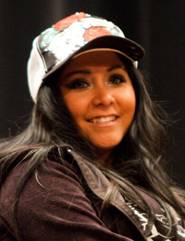 9) The Justin Bieber roommate.  This is a good place to start for the boys, because, well, you would think it wouldn’t be so bad to have a roommate like this.  The Bieber roommate parties hard, brings around hot chicks (you usually have to pay though), and makes you feel mysteriously motivated to perpetually work out.  But then you see the weird tattoos.  Your rent is matched by the investment you make in air fresheners and variations of cologne.  You get tested for….everything….in case it’s air born.  And then you realize what your professor meant by natural selection.  Our best advice – multiple penicillin shots.  That’s not a drink, buddy. 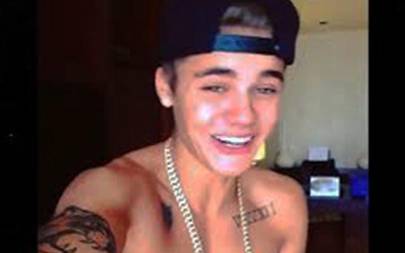 8) The Hannah Horvath roommate.  In the not-quite bi-polar division, we have the Hannah Horvath roommate.  This person has bursts of random happiness where they want to tell you every stupid detail about their day, whether or not you care, and can somehow make you feel crappy about your own life in the same breath of air.  The Hannah says one thing and does another.  She says she respects your privacy and personal space but makes disgusting, buck-naked love on your couch, while you’re only a few feet away trying to close your eyes tightly until the stars appear.  The Hannah never wants you to be happier than her, and doesn’t herself seem like she wants to be on a path to happiness.  Her happiness is your misery – you know, so you can discuss how sad the world is together and how you should spend more time together outside of the apartment so you can build a lifetime bond (that somehow only grows weaker over time).  The solution to dealing with Hannah is to make up comically negative events that could happen in your life and say it happened to you that day.  For instance, perhaps you were dumped via text message while driving which caused an accident involving an endangered species – basically kill the conversation before it can begin. 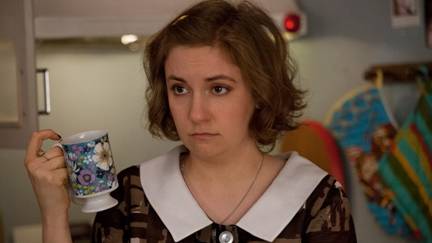 7) The Kevin James roommate.  No, we aren’t talking about his weight or your food he’ll be eating.  What we’re really referring to here is the desperate comedian-type who’s constantly forcing a joke, particularly when you have company.  Usually the Kevin Hart, I mean Kevin James, roommate laughs at his own jokes.  At times, he’ll search Google and IMDB for catchy movie quotes that are delivered about 7 minutes too late - he then asks if you’re slow and need a detailed explanation of why you should have laughed.  His favorite movie is Office Space, but he mistakenly continues to quote Happy Gilmore and Road Trip.  He does voices, poorly, particularly when you have dates over that you’re trying to entertain with a bottle of Sauvignon Blanc. Nothing like Kermit the Frog quoting Silence of the Lambs as you’re rounding second base under the covers with the lights out.  This roommate is only tolerable when they’re depressed or in a serious study sesh.  Your best ammunition is to practice a fake laugh and smile, because the hits won’t stop. 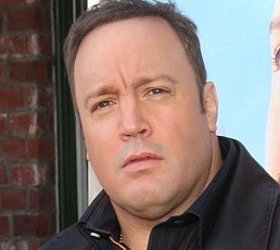 6) The Carrie Rage roommate.  Here we have your typical stage 5 psychopath.  Who is also a witch.  And barely speaks.  But deep down, you kind of know she’s probably the last person on the planet that you would want to upset.  In fact, this ticking time-bomb of a roommate is actually scariest when they’re not doing anything at all.  Just sitting there.  Staring at the wall.  Like.  A.  Pyscho.  Do you ask if she wants you to grab her a Dark Roast Caffe Verona from Starbucks?  Heck no.  She’s busy.  Planning how she’s going to kill you.  And everyone you know.  And if she wanted Starbucks, there would just be a darn Starburcks cup of coffee appear on your suddenly dangerous-looking, wooden coffee table.  Don’t speak.  Don’t stare.  Just….speed up the clock and hope that the awkward silence you share is creating a spiritual bond that will protect you and your soul from the final sacrifice…I mean finals week. 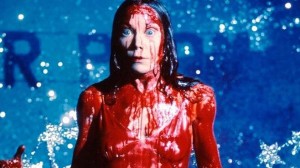 5) The Frank Reynolds roommate.  This roommate just gets weirder and more dependent by the day.  What started with semi-random behavior and the occasional comical moment has now made you question the legitimacy of our court system and whether or not your roommate is taking placebo pills instead of the Adderall.  With Frank Reynolds, personal items and groceries disappear with each returning visit to your room, and alcohol tends to intensify all your interactions together, usually in a not-so-good way.  With the Frank, you just have to accept that nothing is in your control and the world makes no sense.  Your best bet is to take down their credit card information and invoice them for the missing items and therapy sessions later. 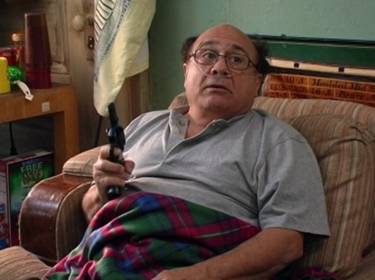 4) The Taylor Swift roommate.  You already know where we’re going here.  Piss this girl off and you’ll be hearing about it everywhere you go.  The sweeter the face she puts on for you, the more likely she’s trying to bang your boyfriend and the more crap she’s talking about you behind your back.  You lend her your heels and suddenly she’s asking everyone to compare her look with yours, claiming to be a model in her own right.  If bipolar disorder was more evident, it will be with the Taylor Swift roommate.  One second she’s talking about unicorns and love and rainbows.  The next moment she’s clawing at your face over a voice that only exists in her head that’s telling her to destroy you.  It bothers you that your friends say they like her, but you come to find that’s only their way of avoiding the rage.  Commercials tend to distract her mid-sentence, particularly the ones with the cuddly teddy bears that rock the Snuggle-brand toilet paper.  Never was butt paper so intriguing to anyone.  Your only defense is to mix mood stabilizers into her glass of orange Fanta.  Don’t worry – she’ll assume you did it anyway. 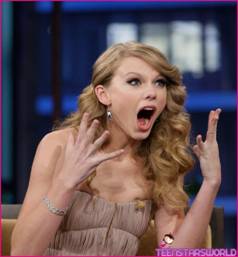 3) The Cosmo Kramer roommate.  This is a tricky one because this may not be your roommate after all.  This is actually the creepy guy across the hall that just lets themselves in at every inopportune time.  Maybe you’re doing naked yoga.  Or are trying to take an afternoon nap.  Or score on that date now that your real roommate is gone.  But no!  The Kramer needs mayonnaise at that very moment!  They just let themselves in, sometimes with a courtesy knock, but usually with a hurried “Hello!  I just need…”  And just when you switched the locks and leave a sock on your door handle, The Kramer still finds their way in.  Somehow the “borrowed” items are never returned, and some weeks later they claim that you somehow owe them money from the night you ran into one another at the bar.  Bear traps come in handy for The Kramer. 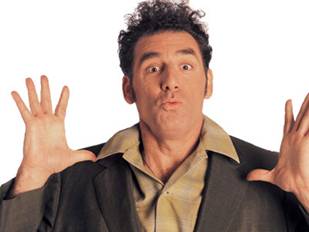 2) The Miley Cyrus roommate.  Similar to the female Bieber roommate, this chick knows how to get her roll on.  Always up for a party, a night on the town, playing dress-up (or down).  But since the party never stops, you can never live a normal life.  Your nights on the town end with you holding back your roomie’s hair (so you cut it in her sleep).  Your clothes start reappearing with random rips and tears in them, perhaps splotches of blood that lead to a fun game of “what the hell happened last night, and please don’t wear my Express pants”.  Best of all is the recurring anxiety that comes over you as you fall asleep, knowing there’s a 60% chance you wake up next to a random guy who passed out on your bed as opposed to hers.  And he thinks you’re her.  And now you know where the clothes rips come from.  The Miley Cyrus can only be avoided by turning up the rap music down the hall.

1) The Chris Brown roommate.  Things just always escalate with the Chris Brown roommate.  Early on, you think “This guy’s cool.  We’re gonna be boys!”  Then one night you argue about being out of salt and find yourself concussed and hospitalized.  He gets a tattoo of your battered face to make it up to you, but your landlord doesn’t let you out of your lease.  One night a selfie gone bad turns into another beat down as he thinks you’re going all paparazzi on him as he trolls pornhub’s mobile app from across the room.  Change the channel?  Fight.  Alarm goes off – his elbow meets your temple.  Look at each other in the eyeball – it’s on!  He farts – somehow you get attacked.  Your best bet is to see this roommate get sent to jail early on and that his term behind bars extends beyond the term of his lease, so egg him on when he’s mad so he hurts you bad enough to make it a felony assault, battery, and essentially premeditated murder…just don’t die. 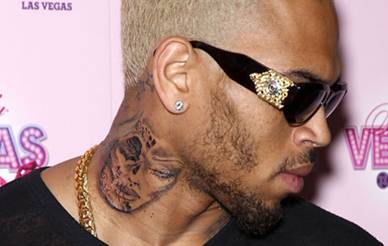