How The Government Shutdown Is Affecting Colleges 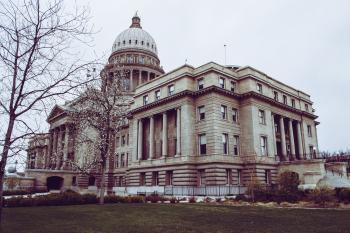 The recent government shutdown is the longest in American history.

Haven’t tangibly seen the effects of the shutdown on campus yet? You might be the only one -- and not because you go to a private school that’s technically not funded by any government dollars.

Around the country, a large number of universities are postponing tuition payments, waiving late fees, and handing out emergency grants to those students who require financial assistance. If students’ families or they themselves are federal employees, tuition payments have been put off (and let’s face it, they may be one of very few contingents that have benefitted from the shutdown).

Fortunately, some schools have been acting in a very non-federal way by not letting the shutdown affect schooling, encouraging students to focus on their studies and not the government debacle. Some schools are even opening up a university food bank for students who require subsidies.

Fortunately, the Department of Education has not been closed during the shutdown -- as we’re undergoing a partial government shutdown, and some government agencies have stayed open.

It’s the government agencies with a final fiscal year 2019 budget that are affected.

The problem  is that the IRS is closed, and so the needed tax transcripts to apply for financial aid aren’t being made available.

When students ring the IRS to understand if and how they can get their tax returns, they’re met with an answering machine.

For faculty, it means projects are going on hold, or grant proposals are stalled. For those involved in research which is federally sponsored, proposal submissions aren’t going anywhere.

According to MSN, the cost of the shutdown is estimated at more than $5 billion -- or about as much as the border wall would cost.

For some, it means looking elsewhere for money. As the UK’s Daily Mail somehow seriously reported, some students are becoming sugar babies to afford the cost of education. The UK Daily says that the sugar baby website Seeking.com has reported a “35% increase in membership signups since the beginning of the government shutdown.”

For whatever that’s worth.