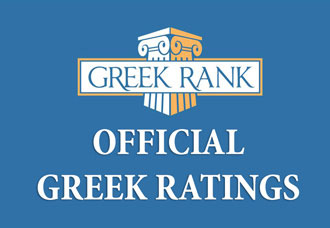 Greekrank.com has tallied up all of the ratings and rankings to unveil the fraternities and sororities who are the current all-time leaders in each of the following categories:

Sorority - Delta Phi Epsilon has more than 55,000 members with a sisterhood as strong as they come. In 1917, five women started the sorority on the basis of loyalty and sisterhood. Those two qualities have definitely withstood the test of time.

Fraternity - Pi Kappa Alpha founded their outstanding brotherhood in 1868. There’s a Pike chapter on nearly every campus and members can boast brotherhood with guys like Scott Van Pelt and Tim McGraw.