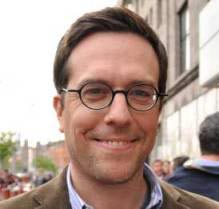 Those students (including myself) at my university enjoying a M-W-F schedule enjoyed Western Wednesday. Every college has an equivalent: Messed up Monday, Trashed Tuesday, Wine Wednesday, Thirsty Thursday, and for the daringly risqué, Fungi Friday (though that's sharing a cave with another beast entirely).


If you're unfortunate enough to be taking a 4 day a week Calculus class you can, as they say, choose two of these three on any given night:

It would seem if you're going for a 4.0 that Sleep and Study would be the default choice....orrrrr....you can just try these 5 fool-proof hangover cures

1. First off, fluids: prevent dehydration by drinking one glass of water per every beer.
Alcohol, like coffee, is a diuretic. Every beer will make you need to pee, so it’s important to replace that water or risk the pounding headache that results from the dehydration.

2. Ingest ginger.
Ginger is notorious for calming the queasy, finding its uses in curing sea sickness, alleviating stomach flu, making premenstrual cramps kinda bearable, and treating other stomach issues…such as those caused by alcohol. Ginger snaps, ginger candy or ginger ale may be the fastest options for the early bird.

3. Eat a breakfast of eggs, toast, and a banana; but don't overdo it.
The carbohydrates from the toast will boost your blood sugar level and the banana offers potassium, which tends to get depleted due to the diuretic effect of the alcohol. Eggs provide large amounts of cysteine, which aids in breaking down toxins that cause hangovers. Since your body is likely still processing some of the alcohol, try not to overwhelm it with too much food. Whoever cleans the bathroom next will thank you.

4. Down some apple cider vinegar and soda bicarbonate.
The bi-carbonate will replace some of the electrolytes lost to dehydration, and its alkaline nature will neutralize the harsh acid produced in your stomach due to the alcohol. Apple cider vinegar also balances PH, replacing essential minerals, and is said to help the liver dissolve poison. Just stir a tablespoon of the vinegar with a teaspoon of the soda into a small cup of water, and drain that.

5. Straight up eat tablespoon of honey after upchucking the King's Cup.
Honey contains fructose, and both the fructose and the alcohol will be vying for the attention of your metabolism. Throwing up your alcohol is your body’s panicky way of rapidly and forcefully de-toxing your body, but remaining alcohol will continue to be processed without interruption, unless it has competition from the fructose.

Recipe for Ginger Hangover Tea:
Those hanging around half the day after the party were probably hit the worst and would enjoy a communal hangover tea.

Toss in the juices of one orange and one lemon, and

Add up to ½ cup honey (to taste), which you’ll stir in a little at a time.